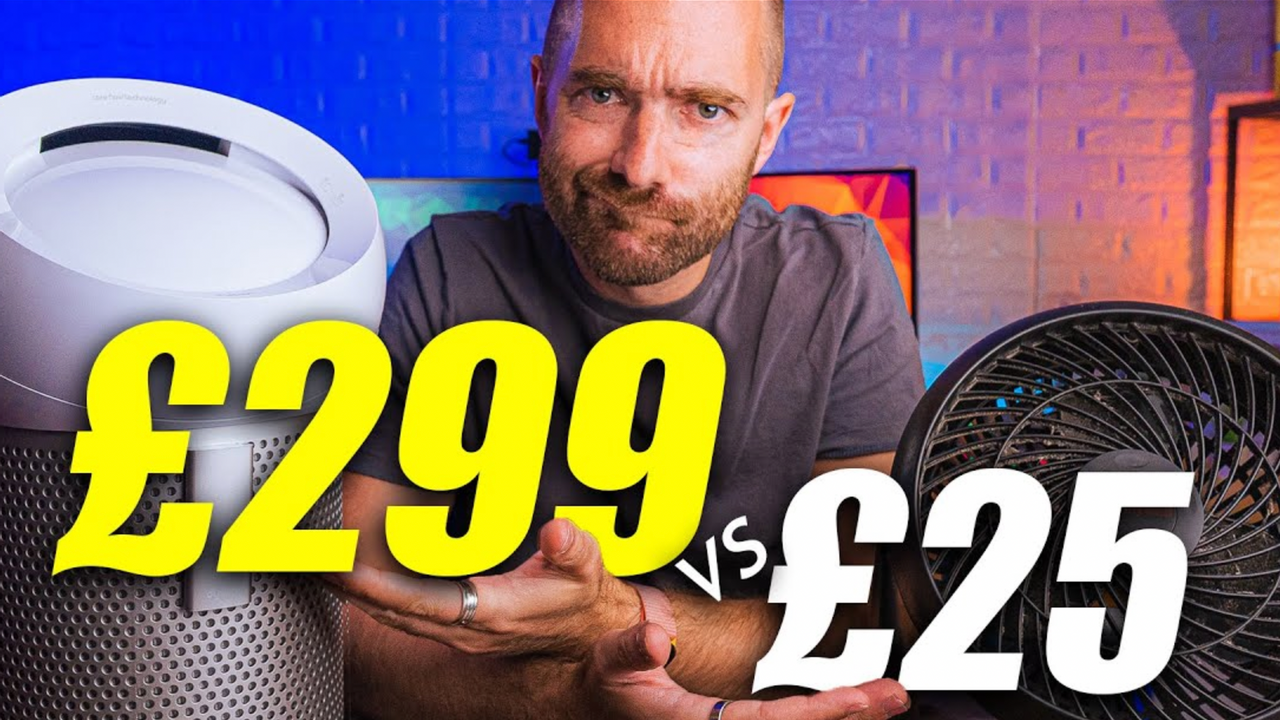 Should you spend £299 on a Dyson Pure Cool Me purifying fan, or actually is just £25 on a cheapo fan from Amazon?

Today I am going to be carrying out some tests using fairly scientific tools and answering that question, and - spoiler alert. The results might surprise you. I mean, they surprised me. Really. This post has a completely different outcome to what I thought it would have so... that's fun.

If you're new here - hi my name is Pete, and on this website I help busy entrepreneurs find the best tech, be productive and stay safe online.

The first question I'm going to answer is why compare the Dyson to the cheaper fan? The answer is because it's the one I've already got. I'm sure you've all got one of those types of fans lying around. Probably the white desktop one that rotates, I already had a black one as it's smaller.

But you bought it because it's cheap, it does the job, but now you're a little older, a little wiser. Suddenly you're being lured in by Dyson's pretty aesthetics and promises to cool you down better, faster, stronger. You would expect it too as well,  at a cost of almost £300!

So the first test I ran on the 2 fans is how blowy the fans get. The whole point of a fan is to push a lot of air and really, errr, blow you.

I tested the Dyson first on every speed setting - because it has 10, and the results were from 3 feet away, which is typically how far you would sit at a desk or maybe lay down on a bed.

Results ranged from can't feel a thing at all on settings 1 and 2 through to 5mph on setting 10. Otherwise known as the, nothing will stay on your desk setting.

This was fairly in line with the cheaper fan, though it has only 3 settings of blowy, blowier, and very blowy. There is no low setting that compares with how low the Dyson will go.

Though, I will say that the radius of the air being moved with the cheaper fan was much larger. The Dyson has a precision feature but to benefit you have to be sat in a sweet spot or you basically don't feel anything.

Onto the next, scientific test and this time we are using the noise meter, which accurately records how loud these fans really are.

Again, on the lowest speed settings, you can't really hear it above the ambient room noise, because It's not really doing anything when sat just 3 feet away. But as you ramp up the speeds, the noise steadily increases by around 2 decibels each time.

Looking at the cheaper fan, the max speed on both is the exact same amount of noise, so no differences there. The lowest setting is around Level 6 on the Dyson but it does push more air for that same level of noise.

The really interesting thing here is when we then take a look at power consumption.

When switched off, the Dyson consumes a very small amount of power which is pretty much nothing, but as with anything like this, a lot of 'pretty much nothing' devices around the house can add up to quite a bit.

The cheaper fan consumes nothing!

However, the Dyson goes from not using much power, to up to almost 40 watts at max power which, on a fairly average energy tariff would cost you around 18 pence per day to have this on all day, and just under £6 for a whole month.

Over to the cheapo Amazon fan, which uses less energy at its highest setting, and produces the same wind speed but more volume of air pushed, at a cost of around 16 pence per day and £4.75 per month.

What about the unique features of the Dyson? Because it's a Pure Cool Me Fan, which talks about projecting cooled, filtered air precisely to where you need it.

For my tests here, I placed a thermometer directly in the line of the projected air and monitored this over half an hour to see if it brought the temperature down.

In my tests, the Dyson brought it down by .2 of a degree which was only because the overall room temperature dipped a little. Otherwise, they both performed exactly the same and when sat directly in front of the fan it feels no colder than the cheaper fan.

So with the basis of the Amazon fan being cheaper, one might ask why you would in fact go buy the Dyson fan?

Well, if you want a fan that can go much lower, at quieter speeds, can blow only in a specific area and that rotates quietly, then the Dyson could be a good buy. The one thing that I find with EVERY rotating fan that I ever come across is after a while, the turning mechanism gets really, really noisy. Therefore Dyson scores a big plus for noise reduction.

It also has a HEPA filter inside to take out all of the nasties from the air which is, of course, nice, but at £299 you'd actually be far better off buying some of the dedicated air purifiers at less than half the cost of one of the Dyson fans, and you'll have a fan that pushes bigger volumes of air, with less energy use and therefore will perform better at keeping you cool.