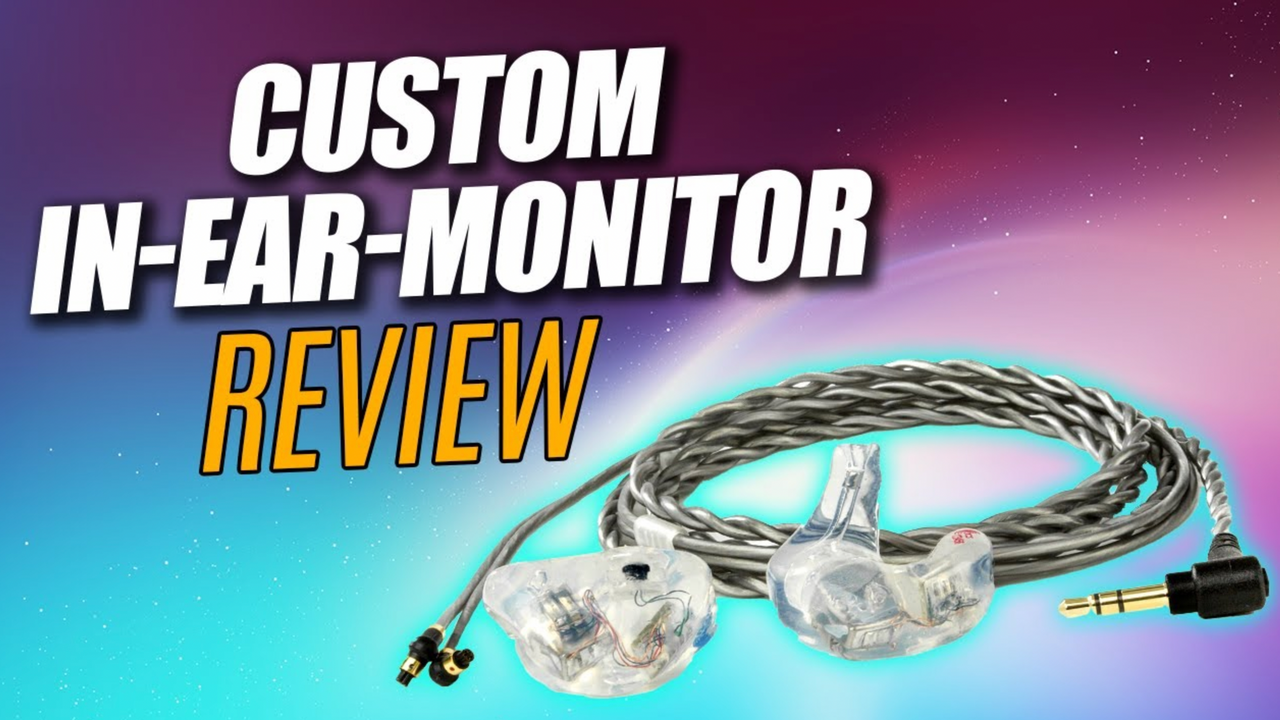 When it comes to audio, Custom In-Ear Monitors are the absolute best of the best.

They are the Rolls Royce for getting the best audio, or maybe the 2021 version of that phrase should be Tesla, Bitcoin? Doge?

Today we're looking at the brand new, ACS Evolve Classic Custom In-Ear Monitors, because back when I was a lad, and we were allowed to socialise, I used to hit these things called Drums in rooms where people would congregate together, a crowd it was called, and we'd all exchange our germs by singing together, shouting and generally getting sweaty in less than touching distance from one another, whilst also realising that the floor was really sticky, weird.

For those of you new around here, hi my name is Pete, if you head over to my YouTube channel, you can find video's around tech, business, finance, and all that kinda stuff, subscribe if you want more.

Now I've had my run of headphones over the years. I've my old ACS Customs, the Apple Airpods, Airpod Pros, the Airpod Maxes, which I know aren't all a like for like comparison, because they're headphones and not monitors but still.

Since reviewing the Apple Airpod Max headphones and their £550 price tag, and with my old headphones breaking AND my old ACS Custom In-Ear Monitors breaking - I needed to find some new headphones.

The Apple Airpod Max headphones just didn't do it for me - whilst they were fantastic overall - they were heavy and very, very expensive for what in comparison to their price produced only OK audio. So I sent them back.

And for just slightly less, I thought I would re-buy myself the modern equivalent to the in-ear monitors that I bought over a decade ago. These are the ACS Custom T2s I think they were at the time. They've discoloured over time, the cable is all frayed but, they've lasted 10 whole years, and to be honest, the fraying cable can easily be fixed by just some heat shrink tubing.

So let's just unbox these things, take a look at what you get - and then take it from there. 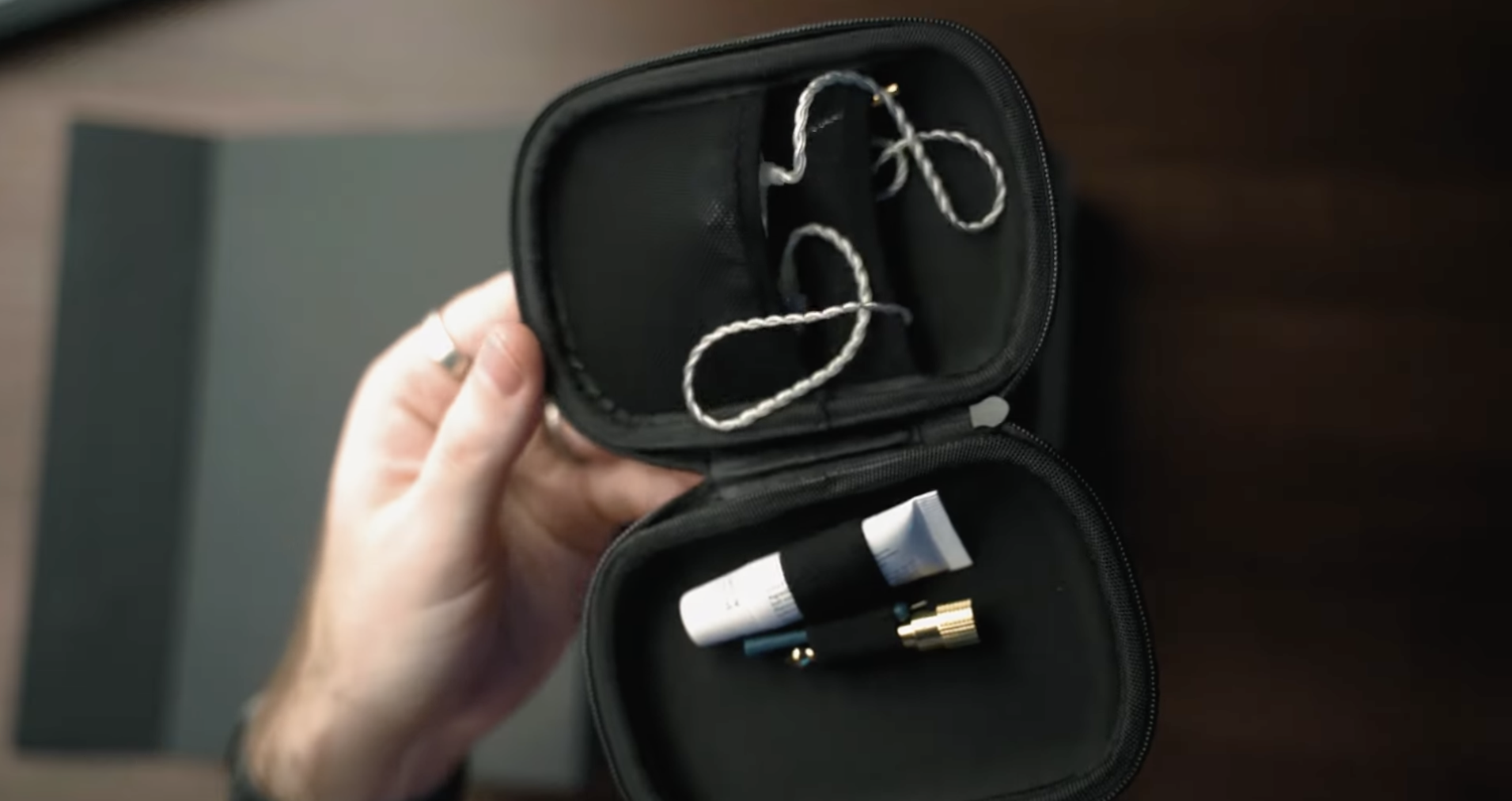 So I know a question you're probably asking yourself - what is the difference between these In-Ear Monitors, and just regular earbud headphones?

In-Ear Monitors come (I think) from the music industry, where musicians would traditionally have speakers on stage, called monitors, which point back towards them so they can hear what's going on.

These are different from the speakers pointing towards the audience because, in their speakers, they could have their own mix of music.

So the singer could have their microphone a bit louder, but the drummer could have the bass guitar louder - without it affecting anyone else or the levels the audience hears.

In-Ear Monitors are just a version of this but made to go in your ears.

and they improve on the design of just speakers blaring out loud because these in-ear monitors are custom moulded to fit in my ears and my ears alone.

Nobody else can wear these.

This is kinda frustrating - because the first thing I wanted to do when I got them, and my original ones, was to show someone else how amazing they sounded. But you can't, because they just won't fit.

They are moulded to fit my exact ears, I had to go through a process to get my ears first cleaned, which was a really satisfying experience in itself (lol), and then visit my local audiologist to get moulds taken of my ears. Covid made this a little difficult, and I wasn't able to film any of it - but since I need these things for my work, and because no one really knows how long this virus will keep up for, I decided not to wait.

The TL;DR of this is basically, put headphones in, nothing else gets in or out.

Putting these headphones in instantly silences the world around you, which is really freeing. Because you can listen to music at much lower levels and still hear everything in absolute clarity - even if there's a tonne of loud noise around you. One of the magical things about these types of headphones is that you will very clearly and quickly be able to hear things in the music that you've likely been listening to for years, maybe decades - that you never ever heard before!

OK, so tech specs for those who are interested.

The ACS Evolve Classic Custom IEMs have: 3 drivers in each ear, they're built from medical grade silicone and they have a detachable 1.3m cable, which I wish my old ones had, since then I could have just swapped the wire out instead of the whole thing! They also give approximately 30db reduction in noise and have a frequency response of 20hz to 20Khz.

I also didn't realise they come with a Portable Electronic Dryer and Sanitiser. That's pretty awesome to keep them clean, I wonder if that would have stopped the discoloration on my old ones?!

You can also get them laser engraved on each side as well as made in all sorts of different colours - but I went for the clear ones this time so you can see inside, I think that's cool.

Pricing-wise - they currently come in at £439.20, normally £549 - so basically the same price as the Apple Airpod Max headphones. Different features, of course, you can't take calls on these things and there's no noise cancellation so to speak - but they are 100% custom moulded to your ears, which basically does the same job. I'm going to be using them for my presentations, video interviews, and yes - hopefully when I can get sweaty and play some drums again, I'll be using them for that too.

No affiliate links this time! Just quick and simple first impressions and a review from a long-term user. If you want to know more then have a nose at acscustom.com where they make these and ship them all around the world, so check them out if you really want the absolute best in audio quality.

Otherwise, head over to the channel, Like, Subscribe - all the good stuff, and I'll see you in the next video - bye bye!