How safe is MEGA Cloud Storage? 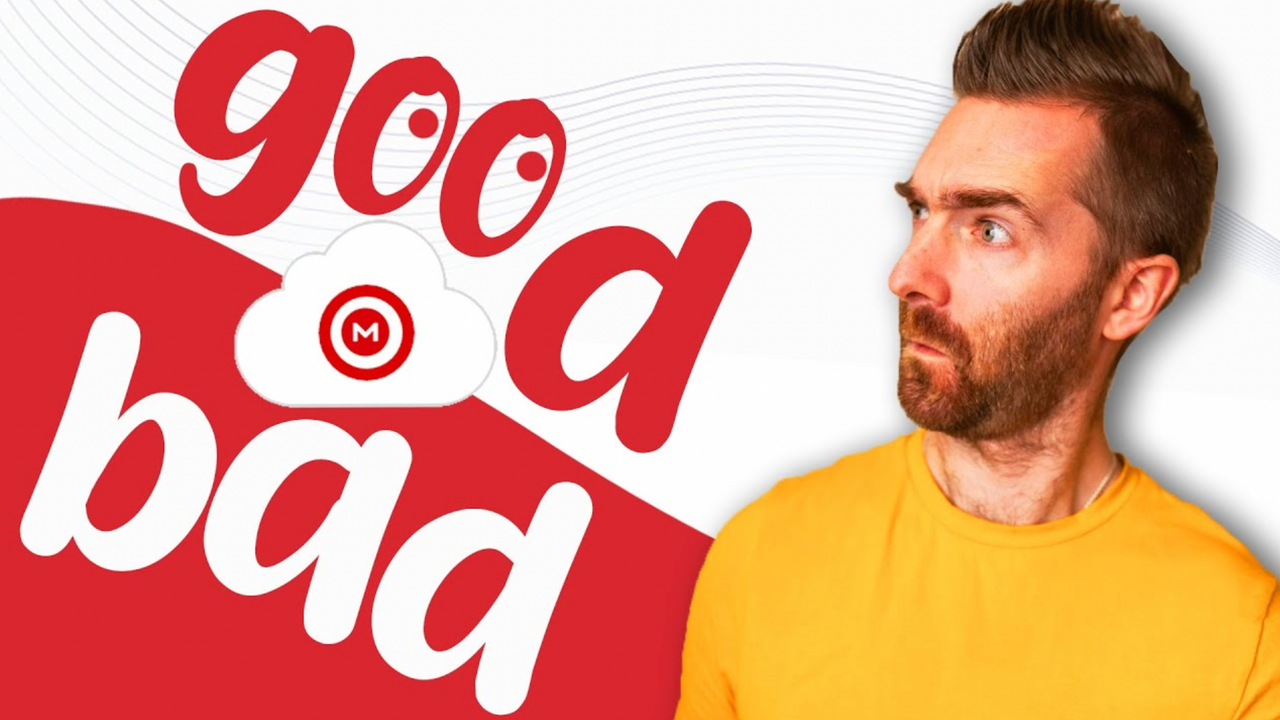 Is MEGA actually, a good online cloud storage solution? Or are they going to shut you down faster than Lens music career in the late '90s?

MEGA was founded Back in January of 2013 by Kim Dotcom, exactly one year after the file hosting website MegaUpload, also run by Kim Dotcom was shut down, and which at the time, I think, everyone came to know as THE file sharing service to use for your pirated content.

So with everybody flooding to this new service, there has been a huge amount of controversy around the legitimacy of whether this is actually a good cloud storage solution, OR if its' just another haven for pirates to stash and share their files.

In fact, this is my second attempt at making this post, because of the conflicting information I kept finding online.

Anyway, here is my attempt to pull away from the veil and answer the questions of

#3 - Will they delete my data if I'm using it to store my collection of marvel films.

Hi, my name is Pete, and on this website, we help busy entrepreneurs find the best tech, be productive and stay safe online. `If you want more of that stuff, then head over to my YouTube channel, click that subscribe button, and let's get on with number 1 of, Is MEGA's cloud storage offering any good?

Well straight away, MEGA has one of the most generous free storage offerings that I've seen from anyone. You get 20GB of 'fast and secure' storage when registering, and you can easily upgrade to one of their paid-for plans for even more - link down below if you want to sign up and grab that.

The first questionable thing here with Mega, which no other cloud storage provider has, or at least doesn't make a thing about, is a transfer limit.

This to me indicates that MEGA has, or at least HAD an issue where users were using their storage to share content online. To those of us needing online storage for legitimate purposes, actually, it's not really an issue.

With the 2TB account, you get a 2TB transfer limit, 8TB with the 8TB account, and so forth.

It's very unlikely that you will sign up for the 2TB account, and then transfer more than 2TB each month, unless of course, you are hosting large files - like your movie collections, and then sharing the link publicly for thousands of people to download, which is basically what happened with Megaupload before and is exactly why they got shut down.

However, if you are legitimately uploading large files and sharing them amongst others to download, perhaps like me as a content creator where I can upload 800Gb for one video, have that 800Gb downloaded again and that's just one day, then it's probably not the best solution.

It offers end to end encryption, you can share files without having the recipient have their own account, upload and download speeds seem good across the board and it supports two-factor authentication from the likes of Authy and Google Authenticator, though I would like to see physical 2FA support with the likes of Yubikeys.

So, it all sounds good. On the face of it.

But that brings me on to the next question and one I see asked often online, and that is - is Mega a Good company? Do they have ties to some secret Chinese government organisation, are they stealing our data? What is really going on?

MEGA, the company, is based and registered in Auckland, New Zealand, and the majority of their staff listed on LinkedIn are also based in Auckland.

Cool - there's nothing there that sounds untoward, Yet.

But then we get on to the biggest scandal news type information around MEGA which puts most people off.

In 2015, Kim Dotcom. I'm going to keep saying that because it's such a fun name. Kim Dotcom, I wonder if he actually has Kim.com?

Okay! Anyway. in 2015, Kim, shared that he was no longer involved in Mega, because the company had been involved in a hostile takeover from a Chinese investor who is wanted in China for fraud. Basically, this investor had used multiple other people to help him buy a controlling stake in the company so it didn't look like it was just one person buying up the shares. Those shares which the investor bought were then seized by the New Zealand government, due to him being investigated for fraud - and meaning that the NZ Government was then in control of Mega.

And oh my gosh did this thing unravel a whole thing...

Looking at the Company on New Zealand's government website, it shows that a company called Cloud Tech Services Limited, which is based in Hong Kong, owns 99.83% of Mega's shares. Okay - interesting. When looking at the documents of Mega, I can also see that a director was 'ceased' just a few days ago, September 1st, 2021. Assuming ceased means he resigned...
That director's name was Jianhong Yang, which if I've found the right person on LinkedIn, IS the managing director of Cloud Tech Services Limited!

That still leaves Cloud Tech Services as the majority owner of Mega though, and I can't find any record of who the other non-Newzealand director of Mega is, or to be honest, much information around Cloud Tech Services Limited in Hong Kong either other than one, maybe two online articles saying that it's a group of 20 or so investors... so it's definitely an interesting one.

After reaching out to Mega themselves, their response was that Cloud Tech Services is a non-operating company that just holds shares and has no other activities. The director who resigned was never involved in the management of MEGA and merely represented some of the shareholders. MEGA is owned by a company registered in Hong Kong, which is owned by 16 individual shareholders in numerous different countries.

Skipping through their response a little, they highlight that Mega is bound by New Zealand consumer, privacy, and corporate law, which should provide adequate protection for personal data.

And of course - due to their end-to-end encryption, well Mega can't see your data even if they wanted to, so they don't know what is actually stored on their systems.

This brings me to my next question, will they delete my data if I'm using it to store my collection of marvel films, or other copyrighted content.

And the answer, in short, is well, actually no. PROVIDING you aren't sharing the content.

The issue I've seen with a lot of upset people on Reddit and online are from those who were storing dodgy files and then subsequently sharing them with their friends, or even worse posting the link onto a public forum.

This is basically what used to happen before the days of torrents and newsgroups, and it means that one person can pirate one of the latest films. Upload it to their online storage and then post the link for thousands of people to download.

The reason being is that once you share a link to something that anybody can access, well, anybody can now see what is inside that link.

Once again, if you are just using Mega to store your data, for yourself, then you are fine. Data is encrypted and even Mega themselves cannot see what's going on.

BUT, if you share a link to any of that information, then the information you are sharing can then be read and decrypted and ultimately, deleted, or even more, your account shut down.

SO WHAT DOES ALL THIS MEAN?

Well, if you are looking for a free or cheap online storage solution that's fast, secure, and affordable, then Mega is a great place to look with its 20Gb free tier.

As you start moving up the online storage model, then others may be worth considering - in which case I'd recommend watching my online storage comparison video to see how Mega compares to others.

Even with all of the encryption in place, If you have any concerns around a Chinese company owning Mega and therefore owning that encrypted pot of data, which they can't access, well, then you'd be best looking elsewhere.

Otherwise, Links will be in the description below to sign up for your own account with Mega, and if you use that it helps me create more posts like this. Go watch my comparison video around other online storage services, thank you - and I'll see you in the next one.