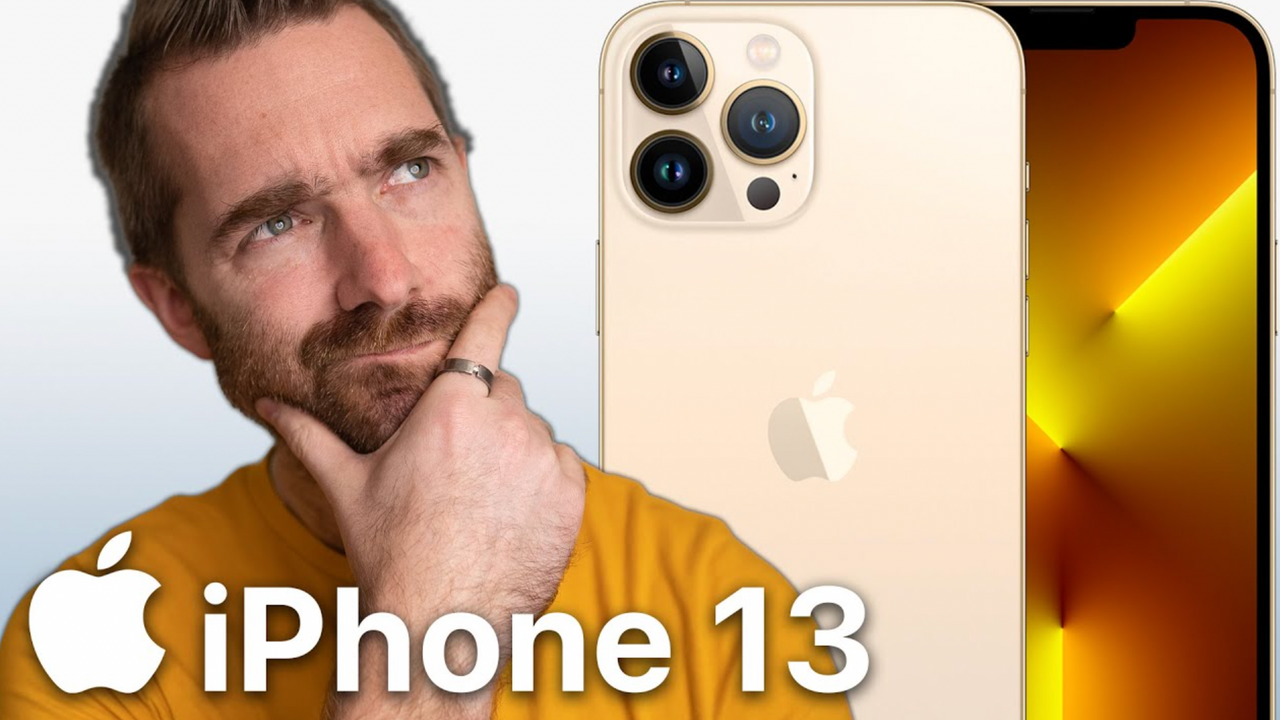 The annual Apple iPhone event is upon us, and this year we saw the launch of what will be Apple's newest model of iPhones, Apple Watch, and a couple of new iPads.

So let's talk about what's just been announced, and I'm going to help you decide whether you should be upgrading and whether I'm going to upgrade my 11 Pro Max and Apple Watch 5 Series to these new models.

We have 4 models of iPhone. The Mini, the plain vanilla iPhone 13, Pro, and the Pro Max.

For those interested, we also have a new basic iPad and iPad Mini which look like some pretty decent updates, particularly the mini with 5G and USB C - but let me know in the comments if you'd like to see a video around those updates.

First, let's talk about the iPhone, and then we'll get to the watch. Here goes!

The iPhone 13 and 13 Mini have that same flat edge design as the 12 but this time with an all-new A15 Bionic chip, which Apple proudly claim is still 2-3 years ahead of their competition and can deliver faster performance and better graphics, kind of the standard stuff that we expect from an Apple event.

Better ceramic front with IP68 water resistance, though no mention as to whether Apple will actually cover water damage under warranty yet, probably not.

A new Dual camera system which apple says is their most advanced 'Dual Camera' system, which is just kind of their way of saying 'You're my favourite youngest child'

5 new Colours. Pink, Blue, Midnight, Starlight, and Red. A new array of front sensors that's 20% smaller, but ultimately you've still got that notch, though I can't argue that as FaceID is SO convenient to just look at your phone and it's unlocked.

The screen is 28" Brighter at 800 Nits and then boosting up to 1200 Nits peak brightness with that OLED Display.

When it comes to Video, we now have Cinematic Mode. This allows you to change the focus intelligently when you say, look away from the camera or you can tap to focus, but shoot in full Dolby Vision HDR which does look stunning. It will be interesting to see what us normal people can do with that.

Then a bit of a throwaway comment at the end here but as before, you get the same MagSafe Charging but this time they mentioned the new Apple Wallet now have Find My built-in, so if you lose your wallet, you can use Apple Find My network, the same as the Apple Tags, to find where your wallet is. It is really great to see these features making their way into other products and I'm interested to see what the wallet actually looks like since I'm assuming they've squished that tech so you don't even notice it. 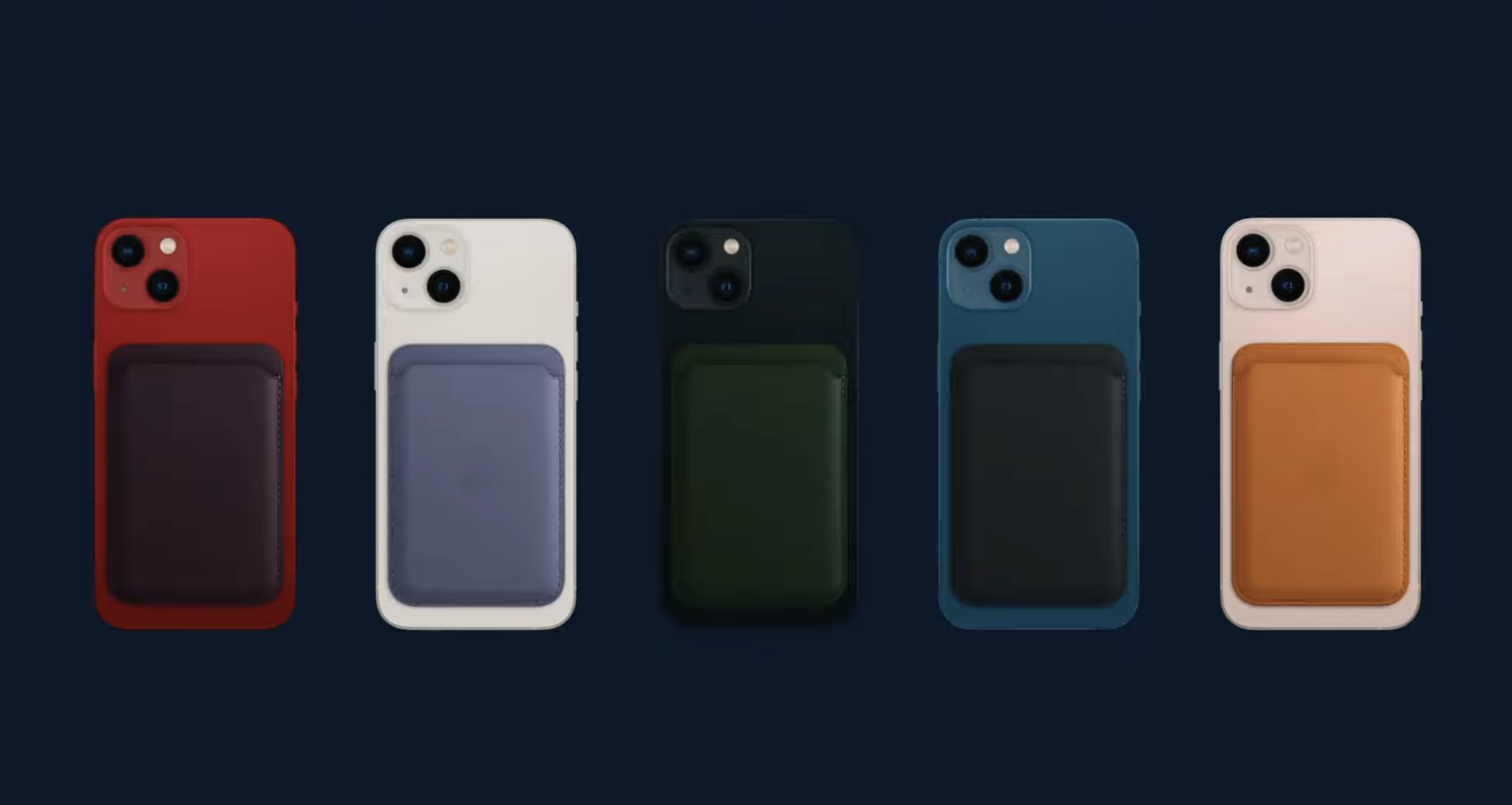 Next up we have the iPhone 13 Pro & Pro Max with either a 6.1 or 6.7" Screen and which now come in Graphite, Gold, Silver, and Blue. This time with Triple Cameras, though that does look like a pretty significant camera bump on the back so, interesting to see what that's like in real life. 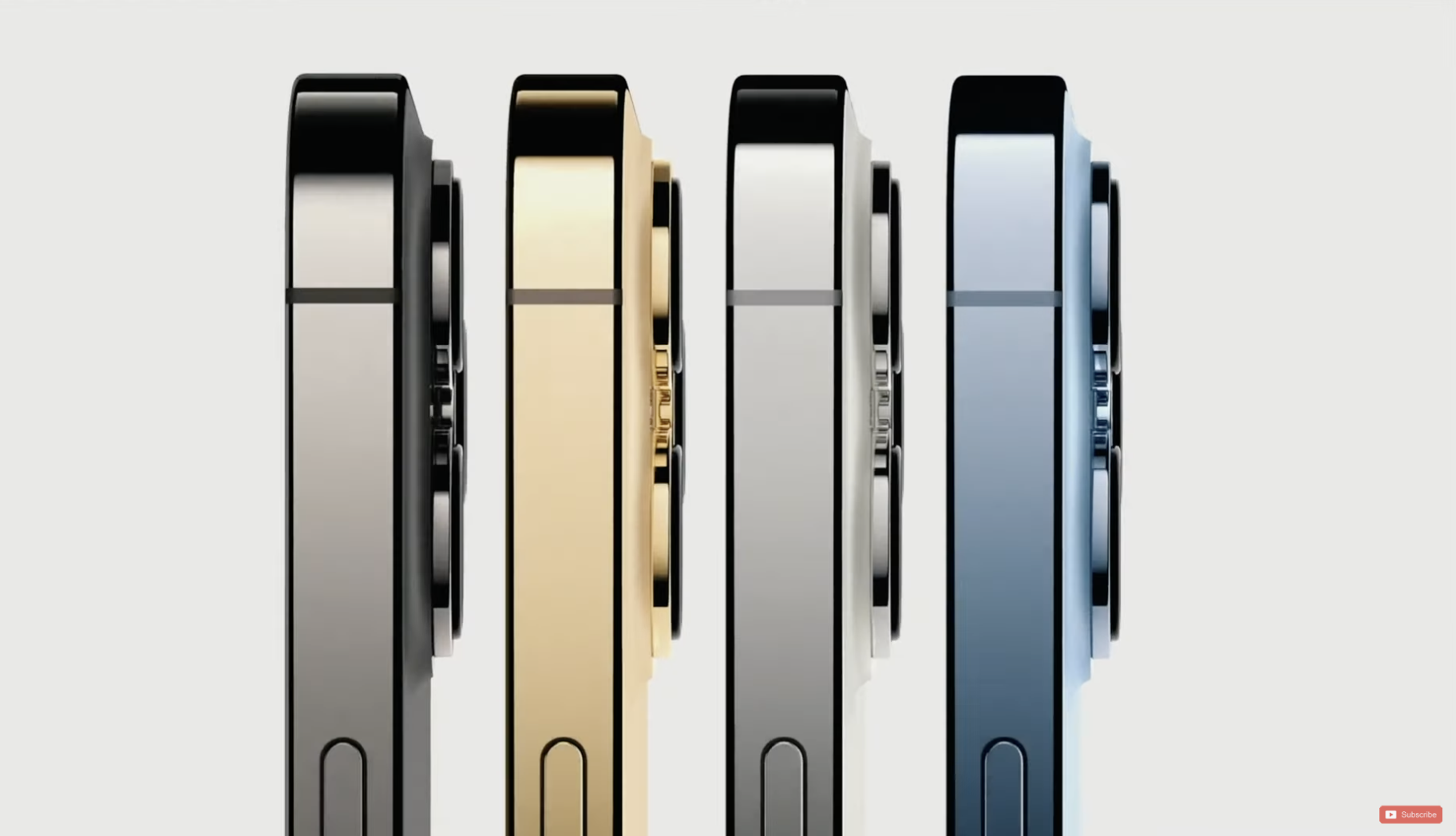 Those cameras are a 77m Telephoto with 3x Optical Zoom, pretty neat, and also an Ultrawide f1.8 and wide f1.5 lens.

All together basically it just takes better photos. But as before, It'll be interesting to see what this looks like in the hands of us normal people taking normal photos without perfect lighting conditions and a team of people around us to obviously make the stunning photos that Apple shares.

With the Pro Models, you can now shoot a video and then after when you're slouched on your sofa flicking through them, you can now change the FOCUS of the video.

That's literally a feature that I saw demoed over a decade ago with some silly 140 odd megapixel camera that basically shot photos and video at all depths at once to combine them together, and you had to wear a backpack full of all the tech to make that happen.

And now it's available on a tiny phone! Seriously, that just blew my mind.

You can shoot that in 4K at 30FPS in ProRes which for us camera nerds, is pretty awesome.

There's also a new Super Retina XDR Display with 1,000 Nits Peak Outdoor brightness and finally, we have ProMotion which brings 120Hz to the masses, years after Android had it, yes, but I hope that Apple has done this whilst fixing that issue I do constantly see on all the Android phones I've tested so far which is where it just kills the battery life.

Apple does say they've fixed this problem by being able to adaptively switch from anywhere from 10hz through to 120Hz whilst moving through apps.

This is really impressive if they also get the extra 1.5 hours than the 12 Pro and extra 2.5 hours on the Pro Max - I'll definitely be testing that out when I get mine.

This year Apple is also offering up to $1,000 trade-in when trading in a qualifying iPhone. Guessing that will be just for the 12 Pro Max though so, let's see how good those really are.

Pre Order for all iPhones starts on Friday and are available to the public a week later on September 24th.

That's everything with the iPhone, let's talk Apple watch because what we got was actually something that nobody was expecting! Not with the huge amount of leaks online stating an all-new design with flat edges, because this time we got the complete opposite of that and got even softer corners.

So here is the Apple Watch Series 7.

Those new softer corners with what they say is a Crack Resistant Design and IP6X rating mean it's completely dustproof and waterproof for swimming and showers and all that good stuff. 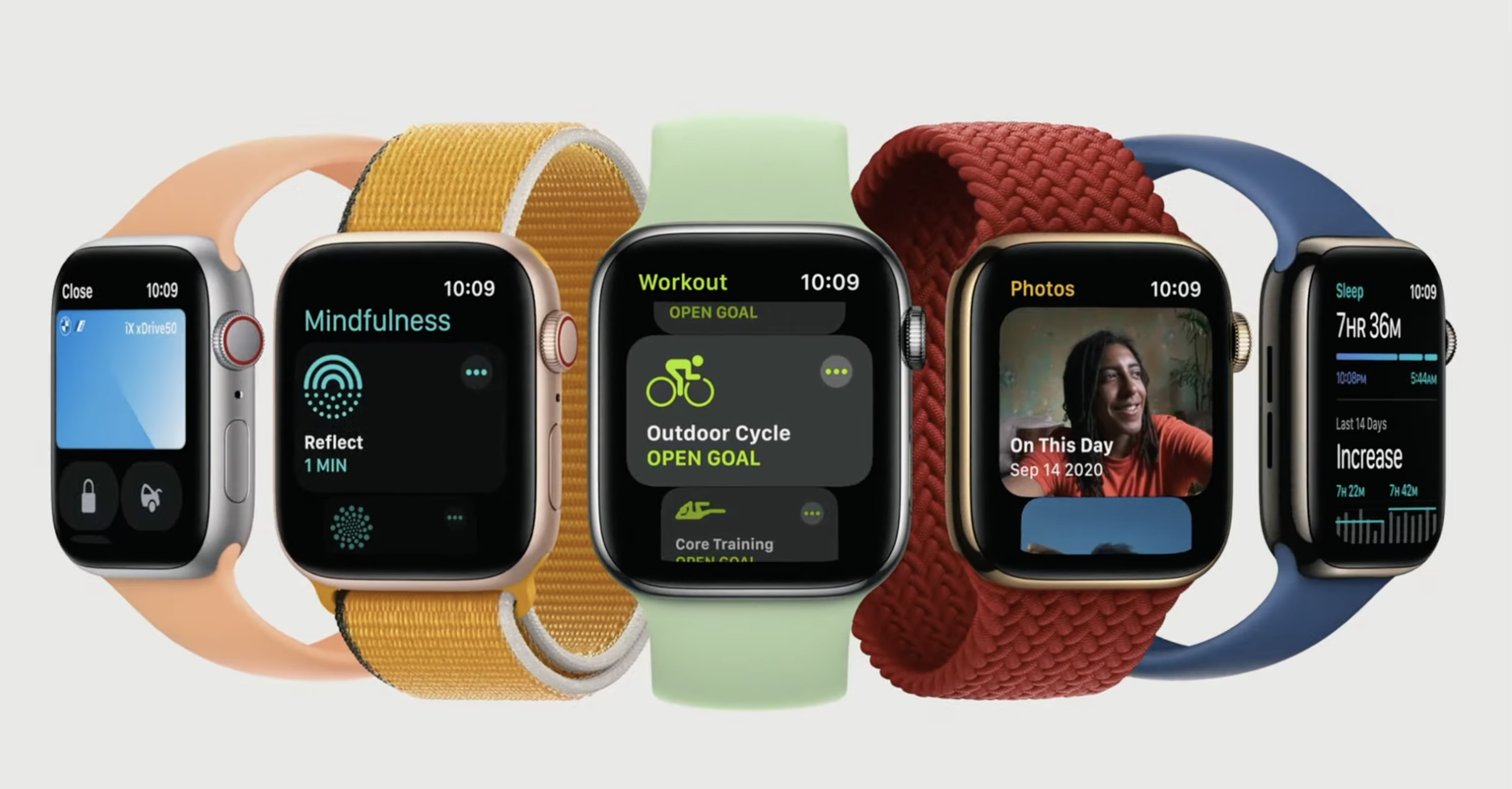 It now charges 33% Faster - with just 45m to go from 0 to 80% Charge and starting at $399 - it's available later this Autumn and I'm guessing based on that date means that Apple is struggling with knock-on effects from the pandemic just like most of the rest of the world. Though interestingly it's not affected their iPhone 13 Launch YET. Let's just see how quickly they sell out and how difficult they are to get hold of.

So those are the updates.

Overall they're pretty standard in terms of expectations. Faster, tougher, better, and no revolutionary updates really, other than that adjustable focus in Video which I really can't wait to try!

Am I going to buy one? I actually am this time around, weirdly though not because I actually want one - but more so that I can benchmark it against this whole new world of Android phones that I guess I've woken up to recently.

Honestly, if I didn't have a YouTube channel, I probably would just upgrade my Wife's SE to a 12 or 13 and just keep my 11 Pro Max, as that still to this day is an absolute workhorse of a phone with amazing battery life.

I'm probably going to try and grab a 12 and a 12 Pro along with a Series 7 watch, but not the 12 pro-Max this time, because this time around I think I'm going to see what the Google Pixel brings with their Pixel 6 and the new watch that's coming - so expect a full review of all of those when they come out. If you're interested in seeing those reviews, subscribe to my YouTube channel.

For those of you on the fence around getting the next iPhone, then why not check out this video from when I tried switching to what's probably my favourite Android phone so far, the OnePlus 9 Pro. Thanks for reading!