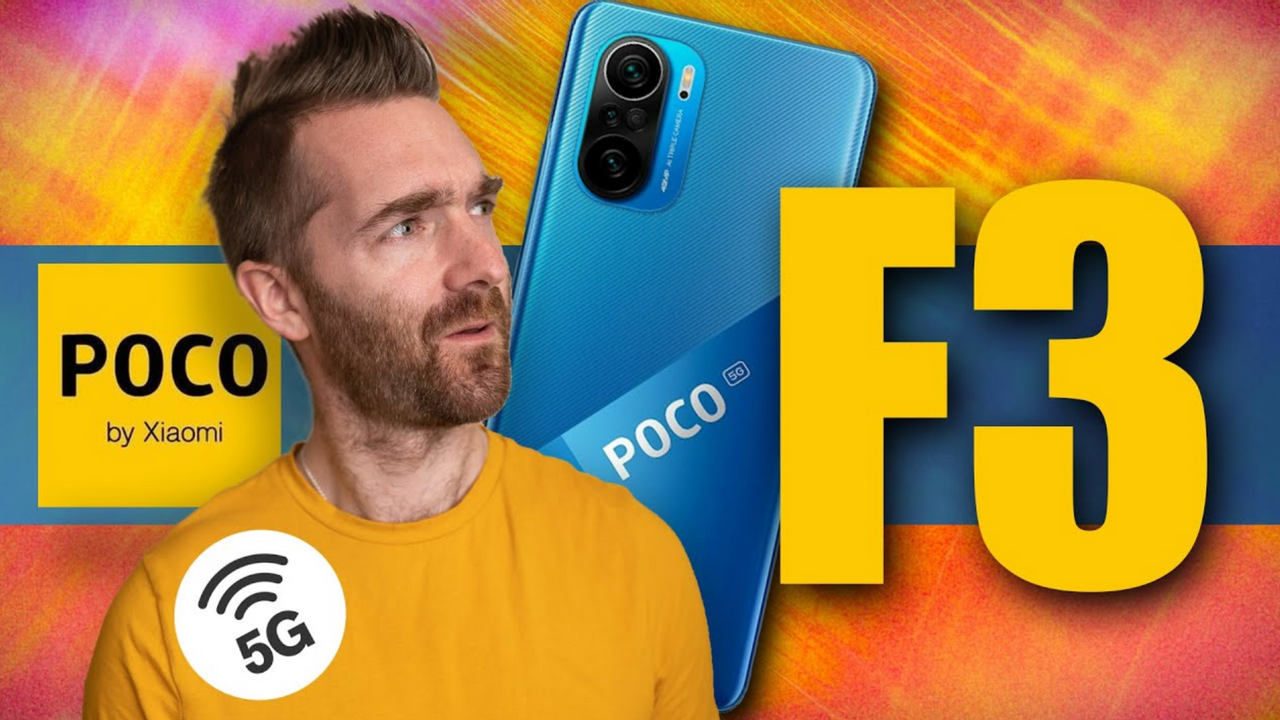 Over the last 2 weeks, I have completely turned away from my lifelong obsession with the iPhone and instead, picked up a budget, £299 Xiaomi Poco F3. Let's talk about it.

Firstly, this 'Budget' phone that we're looking at today is the Xiaomi Poco F3, and it costs just £299. Check out the features:

That is not a budget phone, not when it comes to specs at least!

Hi, my name is Pete, and over a series of recent videos and posts, I've been getting closer and closer to saying goodbye and switching from an iPhone to Android, of some form.

I tried the Pixel 4a, then the Samsung S21. The OnePlus 9 Pro, the Pixel 5, and now - the Poco F3. Every time I switch to an Android phone, it just gets easier.

But that's not to say that there aren't issues. So today, we're taking a look at the Poco F3 from the perspective of someone who has used an iPhone, and Apple devices in general, for over a decade.

So to answer that question of "will I switch from my iPhone 11 Pro Max to this Poco F3"? Let's find out!

The first of the good stuff is that the Poco F3 is just of incredible value. For a £299 phone, this thing is mind-blowing because the hardware specs are up there with many flagships.

The cheapest iPhone is currently the iPhone SE at £399. But you get none of the flagship features that the £100 cheaper, Poco F3 has. There's no 120Hz Display. Only a single camera. Half the storage, a smaller screen, and... actually it's easier just to say the things that the Poco doesn't have.

It's not waterproof. And there's no wireless charging. That is basically, and I think, literally it. Everything else is a better value when comparing hardware side by side.

Next is a random thing, but it seems to be quite common with Android phones to get a pre-install screen protector, and in both the case of my OnePlus 9 and the Poco F3, they come with a case! I felt this was a really nice addition because I've noticed recently that the reason I scratch my phones, is that pretty much every pair of jeans has this stupid metal button, like, why!?

Therefore a screen protector is actually quite nice to have, but you can of course just pull that off if you don't like it. I've never personally been a fan as I always felt on the iPhone it completely changed the feel of the glass. Sometimes it would be too slippery, sometimes too sticky - so I prefer just no screen protector.

Next is Mi UI 12, which is the operating system, or I guess the flavour of android installed on the F3, which does have handy features like the Video Toolbox which I've not come across on any other phone. This lets you swipe in from the left and access some handy tools whilst watching a video.

Animations are quick which makes the phone feel really fast. The Poco F3 does have a Snapdragon 870 which was only released a few months ago, but as a budget phone that's Incredibly good, and in some ways it feels snappier than my iPhone 11, but I also think this is somewhat down to the faster animation speeds.

It's really nice to see Face Unlock make its way to an Android phone, and specifically - of course, a £299 phone! Considering the likes of even the more expensive Google Pixel didn't have that. Something that I've come across with this particular phone is that you can configure it so that as soon as you look at the phone, it skips the swipe-up gesture and goes straight to the home screen, or perhaps the last app you were using.

I really like that as it just saves needless gestures and even seems to be one step ahead of the OnePlus 9, which did have Face Unlock, but needed a physical keypress to trigger it, even with wake on lift enabled. Well, no such issues here - pick up the phone, and it's already on the home screen.

Coming to videos, and something that I do love about Android in general is that you can watch YouTube videos, and have them pop out natively on the phone. This means you can leave YouTube, go load up another app and you can still see the video playing. This is something that Rene Richie mentioned is coming to iOS soon, but only in the US for free. Anywhere outside the US will need to pay for YouTube premium, which, just seems like a dick move by Google.

I do actually really quite like these cameras. They get some really great photos, the colours are great and it's nice and responsive due to that Snapdragon 870 CPU so there's no tapping of the button and waiting for the shutter. I'd say that the image quality is definitely comparable to the iPhone 11 Pro Max in the right situations, which again - with a phone that costs £1,500 at time of purchase, compared to one that is 5 times cheaper, simply incredible!

Good stuff over - now let's talk bad. As with anything good, there is always some bad stuff. So in no particular order...

Let's talk Dark Mode. This phone and only this phone, of all the others I've tried so far, seems to have some weird bugs with Dark Mode and only in certain apps. like YouTube studio, but I've also noticed it in other apps which frustratingly, I can't remember.

Only a minor issue, but in the world of Apple, those types of bugs just don't exist, or at least not that I've come across in my years and years of owning an iPhone.

The fingerprint scanner is next, and it's in a really odd position. It's not underneath the glass, or on the back of the phone, but instead, it's on the side which is fine if you're holding it in a specific way but does mean that you have to shift your grip to get it just right. Typically this means you need to add a few of your fingers onto the phone so you cover holding it in different ways, unlocking it with different fingers. BUT, as I said earlier, it's great that this has Face Unlock, so you don't need to really use the fingerprint sensor that often, if at all.

Going back to the way you hold the phone, it's pretty big and even taller than the iPhone 11 Pro Max, which makes it pretty impossible to reach the top of the phone and that can make using it and some of the apps a little awkward. But there are features built-in that make the screen smaller so you can reach all areas - which is OK. It's not as nice a form factor as say the S21 or the OnePlus 9, or even the Pixel 5 which is admittedly a smaller screen, but personally, I was really enjoying having a non-gigantic screen before the Poco F3.

Touching on security and specifically, Password Managers - this is always a frustration with Android because I typically find that password managers don't seem to trigger as often as they should do. I find myself having to open the App, find the password and copy and paste passwords. Very frustrating.

Battery life is also just 'OK'. Given that this has a big battery, and when you go into the battery settings menu it shows you an incredible number of hours, even days in some cases. Realistically though, it just doesn't get anywhere near this. Perhaps if you literally left your phone, or your screen off, and NEVER picked it up. MAYBE.

For me, I definitely preferred the overall experience of the Pixel 5 better, but for the value, I mean - come on. £299! This is incredible. I doubt there is much out there that can compete at this price point.

My advice, if you have a tight budget and need a new phone, the Poco F3 is probably the only real option you'll have. And it's a damn good one at that.

I just can't wait to try their actual flagship phones! So go buy one using this link and I'll see you soon. Oh, and don't forget to head over to my YouTube channel for more videos and posts like this one. See ya.