best drones 2021 can anyone fly a drone drones is flying drones legal mavic air 2 drone uk drones laws which drone should i buy May 06, 2021 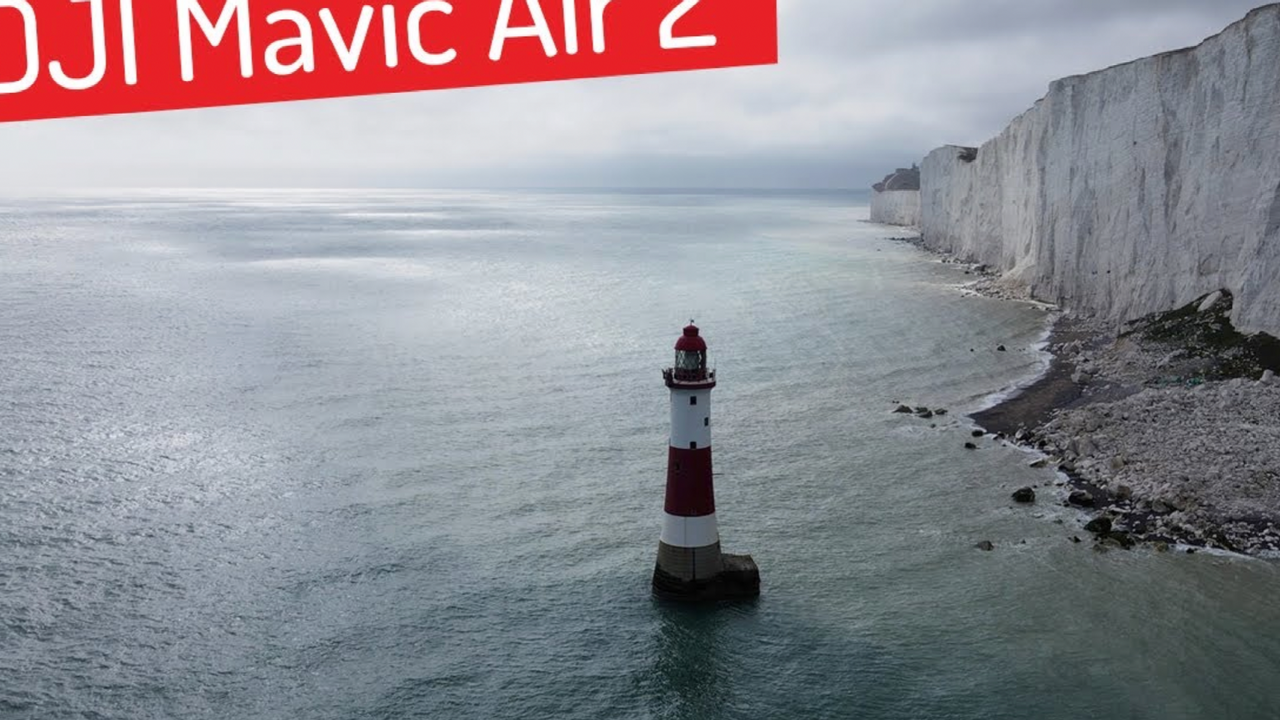 The Mavic Air 2 has been something I’ve been waiting for, for quite some time!

Ever since I borrowed the first Mavic Air from a good friend of mine who has a habit of crashing them... you can go see that here, I’ve always wanted to get my own. But I knew a new model release was imminent.

And Thus appeareth its successor, the Mavic Air 2!

I was so excited to buy this, as we had tonnes of trips planned for last year so it would be perfect to capture all of those moments, but as we all know - a pandemic!

But I have been able to get out to some spots here in the UK - so let’s get into it and chat about everything that there is to chat about for those of you new to flying a drone, and maybe considering this as your very first purchase.

Also, stick around to the end for all the laws here in the U.K. for flying drones.

First off one of the best ways to really see this review, is to head over to my YouTube channel and watch the video, where you can see the drone in action. Maybe even subscribe to the channel if you want more videos about techy stuff... massively appreciated!

Today I wanted to talk to you first about the Mavic Air 2, because I want to, but also from my perspective as this being my very first drone, and also because there are some things that you need to be aware of here in the UK, and worldwide when flying a drone...

I'll cover the key features of the Mavic Air 2, go through how to set up and connect everything, talk about the basic operation, and then lastly I'll finish up with explaining a little about the drone laws here.

It has an incredible 34 minute flight time from a single battery, which is currently better than the Mavic 2 Pro, has OcuSync 2.0 which should allow you to fly up to 10km, which is around 6 miles away, and It also has sensors on the front, back and underneath to prevent crashes, but not on the side.

Features-wise, it has some really smart active track settings that will track you whilst walking, running, biking, whatever you do. And it also has an option for an 8K Hyperlapse which is awesome.

Let's open one up and run you through what we've got and how to get the drone set up for its first flight. 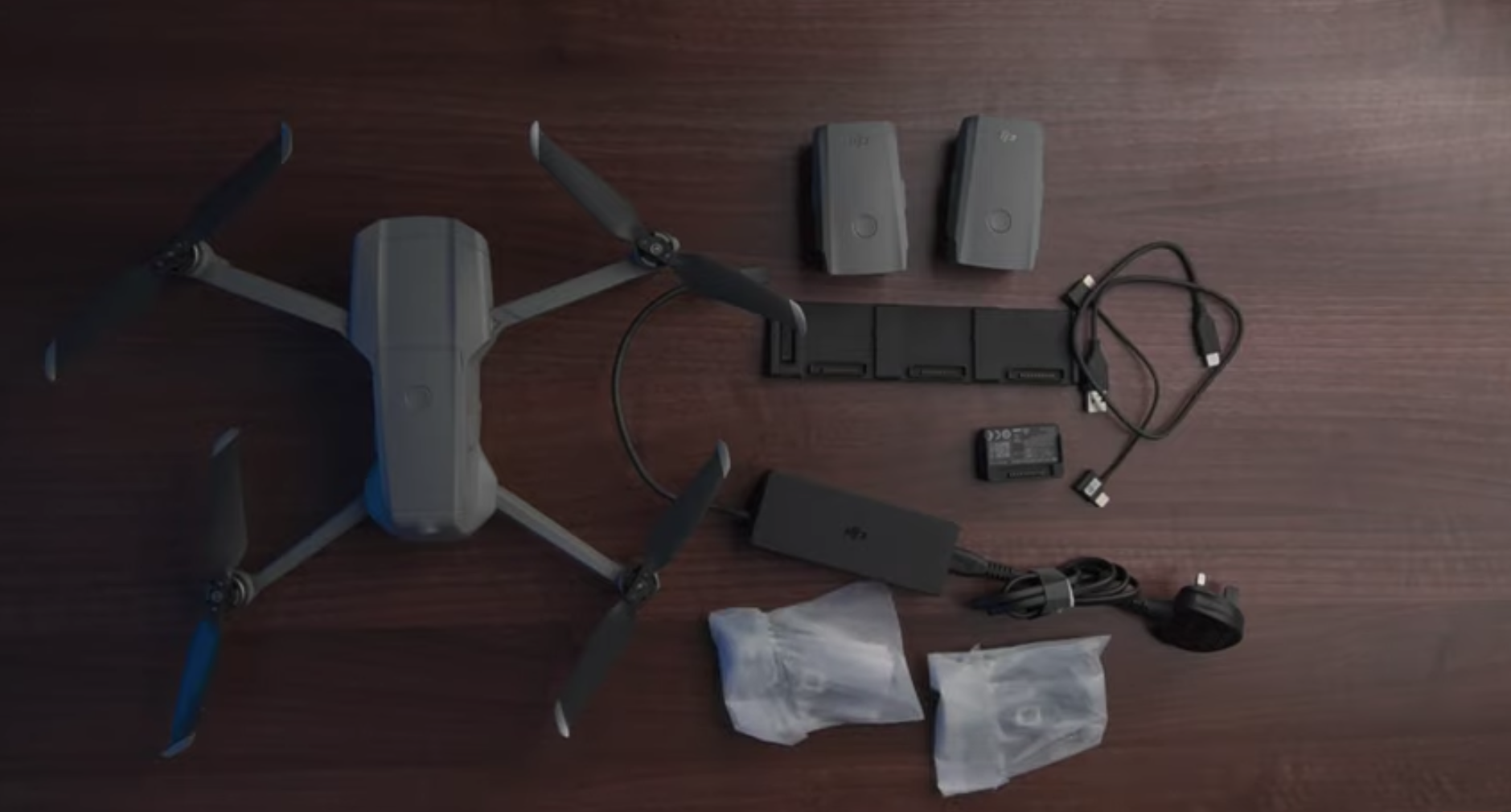 This model which I bought is the FlyMore combo - and what that means is that you get some extra batteries and props, which are the propellor things, but you also get a set of ND filters included, as well as a charger and bag.

I also opted to buy DJI Care Refresh, which will allow 2 full replacements of your drone in one year if anything bad happens to it, including drowning it in the sea - which my friend Scott I'm sure will be glad to know!

To set this up, you unfold the legs then attach the props to the drone as they come detached - and you'll notice there are 2 different types of props, so you just need to make sure they're attached in the right order and I'm pretty sure the app will prompt you if it detects the wrong ones are installed.

Pop a Micro SD card in the slot as shown on the picture, of course, make sure you have a fully charged battery in the top then just press the button on that battery once, then long-press and release to actually switch the drone on. 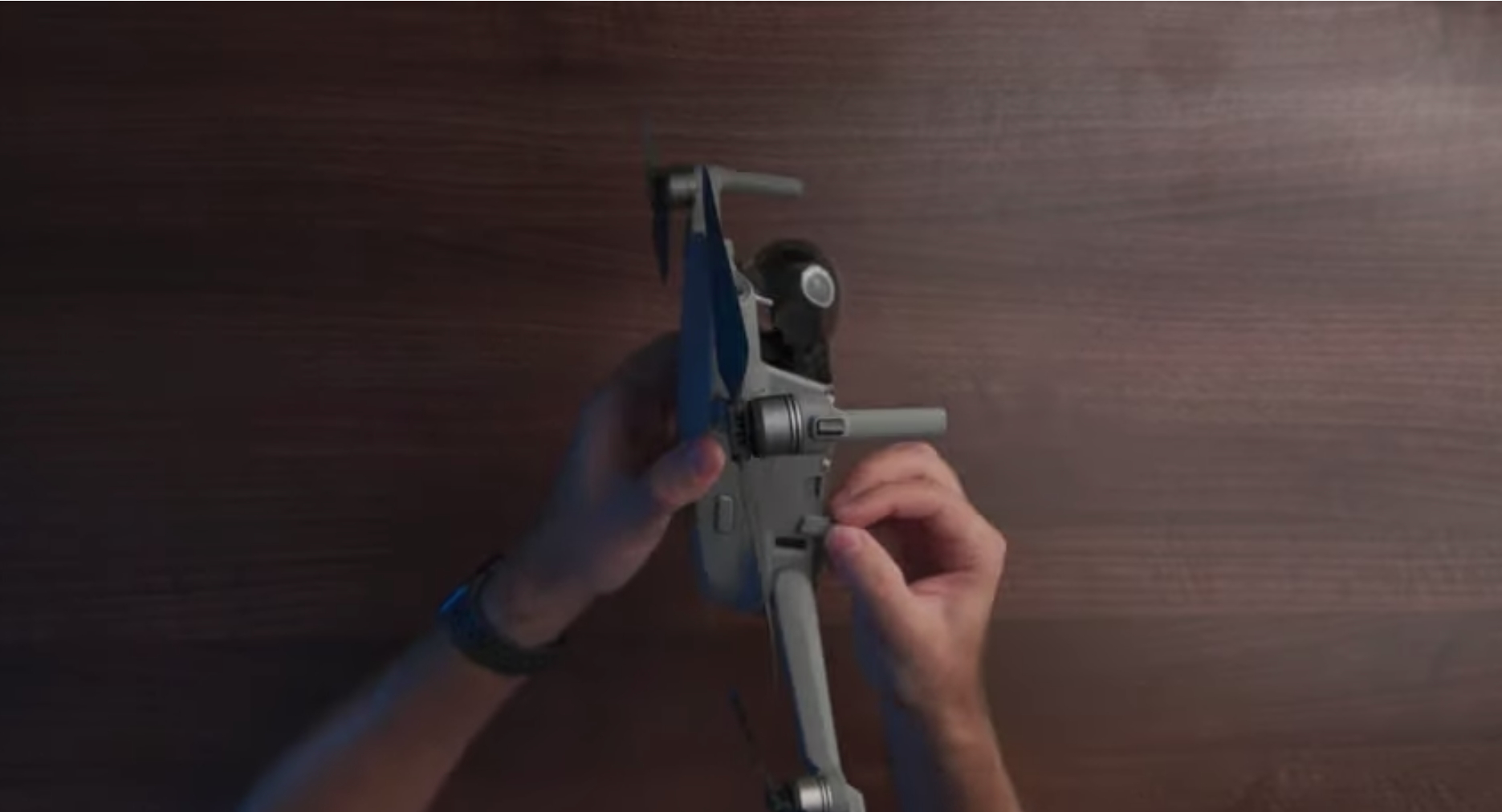 That's the drone, now the controller. Again - tap the button once then long press and the controller itself will switch on. Next, pull out the phone holder from the top, remove the cable and connect it to your phone, then wedge your phone into the holder.

Fire up the DJI Fly App, and it will walk you through connecting to the drone, if this is your first time then it'll check for any firmware updates, so it's probably worth switching this all on at home before you actually take it out so you're not caught short by a firmware update.

Other than that, it's really easy to fly - personally speaking as a beginner to all of this. If you touch nothing then the drone stays exactly where it is, even in high wind speeds it still stays pretty damn still - if you check out the video footage from the YouTube channel of when we went to the white cliffs at beachy head, that footage was shot on a really, really windy day where I wasn't really sure if I should be flying. Then I threw the drone up and was so shocked that it was still really easily flyable.

There are some pre-set modes on here that track people and movement so we'll just give those a try shall we?

Without dragging this post out - you should be able to buy a drone and get flying relatively easily without any prior experience. Though you do officially have to pass an exam.... which is a good time to talk about all the important stuff like laws and regulations and things. If that's boring for you, then thanks for reading and don't forget to head over and subscribe to the channel.

Upon purchasing any drone that is over 249grams, you will officially be required to pass a theory test. Which basically is about 5 minutes of online research, £9 for the exam, and you're pretty much guaranteed to pass it. That gets you an Operator ID and a Flyer ID registration number.

In that exam, you learn the main rules. Don't go within 50m of people or buildings.

Never fly over 120m. Don't fly closer than 150m of built-up, busy areas or crowds of more than 1,000 - and since you can't fly over 120m in height that basically means, don't fly at all near these sorts of places.

Always keep the drone in direct sight and in general, don't be an idiot and fly the drone near an airfield, but particularly don't fly in the restricted zones that surround the runways.

How do you know where those are? Just download an App called Drone Assist, and it'll show you where you can and can't fly.

Once you've passed your test, you 'should' then mark your drone with your licensed ID.

Now, with that all said - there is a change in Drone Rules which came into force in December 2020 - and for this post, I'll just cover how this affects those with the Mavic Air 2.

After the new laws in December, you cannot fly your drone within 150m horizontally of residential, commercial, industrial, or recreation areas and also 150m of any uninvolved people.

This basically means.... you can't fly this thing anywhere except when you are in the middle of nowhere and near nobody else.

BUT, if you complete the A2 Certificate of Competency, then you can fly as close as 50m horizontally of uninvolved people - which kind of brings it back to the pre-December laws.

With that certificate, there is also no limitation on proximity to buildings, but of course, if there are people within those buildings then the 50m rule applies.

Those are basically the changes! So looks like I'll be taking the A2 Certificate of Competency - let's hope it's as easy as the theory test, and I should be golden!

I also have some really epic adventures lined up for next year, hopefully, if all goes well with the easing of restrictions, so I'm looking forward to getting some incredible drone shots of those adventures.

Otherwise, I hope you liked this post and found it useful, instructional, enlightening! If you did, then don't forget to head over to the channel, click the like button if you did, subscribe to the channel if you're not already, hit the bell icon to be notified when future videos are posted - and I'll see you in the next video.

Roboform Password Manager Review
How to automate your YouTube Uploads
Upgrading to a Dell U4919DW 49" Ultrawide Monitor for my 15" Macbook Pro: First Impressions