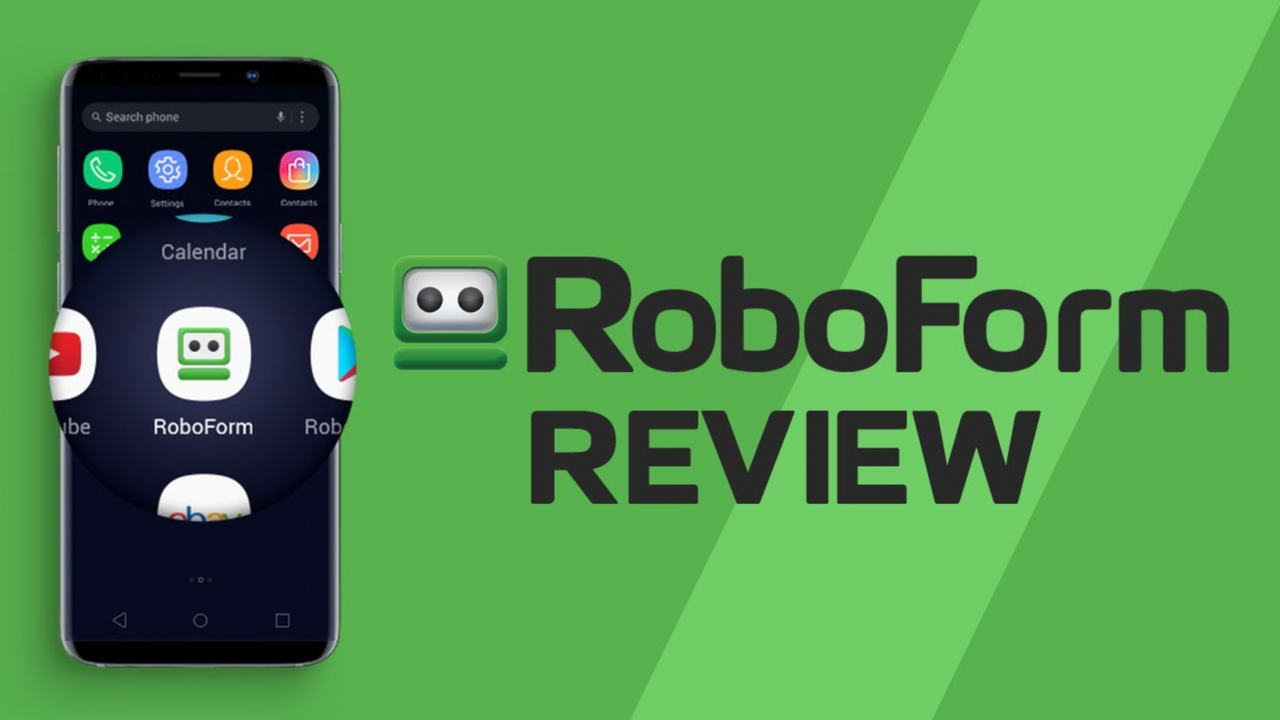 Hot on the heels of my 2021 Password Manager comparison video, and 2021 Free Password Manager videos - today we are taking a look at Roboform, which is undoubtedly one of the most affordable password managers and form fillers available to date.

So if you are thinking of using Roboform as your password manager, or curious as to the other options available out there, then hold tight.

Hi, my name is Pete, and a few weeks ago I put out one of my most highly requested videos of all time on this channel, which was my Top Password Manager comparison video, where we pitted the likes of 1Password, LastPass, Bitwarden, Keeper, and a few others head to head to see which one came out on top.

Of course, it's impossible to focus on reviewing every password manager app out there in good detail, because that video would just go on for hours.

So instead, along with another video around NordPass, today we're taking a deeper look into RoboForm, and seeing how it compares to the other password managers out there.

This post isn't sponsored, I'm not being paid to say nice things - this is just my honest and genuine review on Roboform.

With that said, let's get into what I'm going to be covering - sticking with the same format as my previous review! We're looking at

Security, Ease of Use, Support, Major Frustrations, and Pricing

Anyway, getting straight into things here with...

Here, we've got a good start, it supports 2FA with the likes of Google and Microsoft Authenticator as well as Authy - my favourite 2FA app. Uses 256-bit encryption across the board so nobody other than you can decrypt your password data.

There isn't any support for the likes of Yubikeys which is a shame, but to be honest, the Yubikeys that I keep going on about are really not used by most people. I've just ordered a bunch of those actually so there'll be a video going up on the YouTube channel soon to show you how to make your password manager even more secure and how to set those up - so make sure you're subscribed to see that one.

Roboform does have a security center that tells you about how good your passwords are, as well as if you have reused any or have duplicated passwords - but doesn't include some of the more detailed assessments and monitoring that the more expensive services offer.

Over to Ease of Use and whilst I'm not a huge fan of the interface - it seems a bit kinda, basic at least on mac, with lots of white space not being used.

But I do have to say that it's very good at filling in information on webpages, not just passwords, but actual forms too.

It makes things like the checkout process when shopping online so much easier than with other password managers I've used, which generally only deal with the basic details. Name, Address, Card number.

Roboform can handle all sorts of information, including Multiple Businesses - which is a fantastic feature. Because most password apps have just a simple - This is your Homelife and this is your Work-life. If 2020 wasn't the year of starting a side hustle I don't know what is - and using this feature you can store company details of multiple companies.

It worked pretty much flawlessly on both Mac, iPhone, and Android on anything I threw at it to log in to, or form to fill out - so it really does seem to be robust when it comes to err well... doing its job!

You can use Roboform offline, and even make changes - which I was really surprised to see, as many of the more well-known, and more expensive password managers don't have this feature, so that's great too.

Lastly, you can also share passwords with other Roboform users as well as create emergency contacts who can gain access to your account in the event of your untimely demise.

For support, I only have good things to say here. I did initially have issues getting my data into Roboform, due to some issues with Apple M1 Compatibilities. Email sent to their support, and 30 minutes later I had a response.

I replied and then another 30 minutes later and I had another response to say that a fix was in the works.

A few days later, and it was all hunky-dory again.

So my experience is really good, super responsive and no complaints at all right there.

Over in Major Frustrations and revisiting those additional information fields like business information, it's a shame that you can't store other information in here. The address for a starter! Your business email address, and business phone number, just seem like a strange mish-mash of top-level information. Like why would you want to store the company registration place but not the address? Why the stock symbol and not your own phone number? It just seems odd.

Following on from that, you can't add any custom fields which is a shame, either on passwords or your personal information.

Also just going back to that company thing, is that Roboform is very confusingly kinda slightly American based.

And I say Kinda Slightly, because under the business information, for example - it asks for Company VAT Number which is a British thing, but under Type of Business you're missing the likes of LTD, though I guess that would be a C Corp? So it just feels a little confusing going between some of these screens.

On the mobile experience, it's good - but in the app itself, I found myself tapping on items to open them up and copy details, or edit them, when instead it just tries to load the page instead, meaning I had to come back, and then learn to tap and hold to get into the menus I personally prefer to see by default. Minor niggle, but it just doesn't behave the same as most of the other apps I've tested which is a bit of an adjustment.

They do also have a free tier though you can't Sync across all devices so it's only useful if you just want it on one device. But I would always say to pay for the full version just for that additional security that your data is safe.

So would I recommend Roboform?

Well, it's got some stiff competition - Bitwarden is at that 'affordable' end of the market and is strong competition, but I would say that Roboform definitely seems to be more capable of filling in forms than all the other password managers - I guess, with a name of Roboform, you'd kinda hope that would be the case!

So if you are looking for a very affordable password manager, without the bells and whistles of dark web monitoring or file storage then definitely, Roboform is worth looking at.

If you're interested in Roboform, here's the link for an additional 30% discount.

Thank you for reading and I'll see you soon!