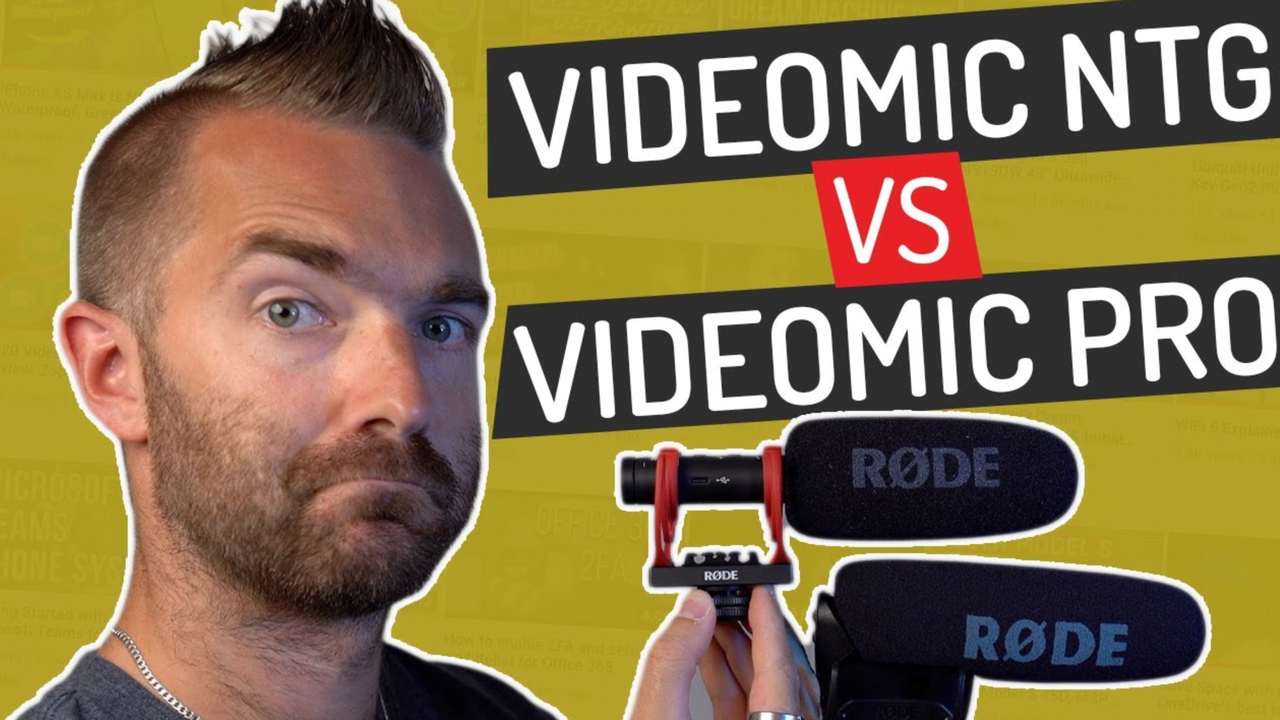 For those who love crispy audio, this review is for you. I’ve been having issues with my VideoMic Pro so have decided to take the plunge and upgrade to the brand new Rode VideoMic NTG.

For those who have been following me for a while, if you are just getting started out with video, then this NTG would actually be my recommended buy, and at the time of making this post, the NTG is at its all-time lowest price on Amazon for £227. If you want one, follow this link.

Firstly, let’s cover the 2 main reasons why I ended up going for the NTG when I already have a good mic, the VideoMic Pro.

The first is that the audio connector is intelligent and detects what you are connected to. Without getting too technical, cameras are usually TRS and mobile phones are usually TRRS, but if you want to extend beyond the cable that’s on the mic, well - everyone makes their cables differently, even TRRS and TRS cables can all be different.

I’ve been trying to extend the length of the cable on my VideoMic Pro, but it would either work, not work, or have a horrible buzz! So yeah, that sucks.

The second issue I had was Battery. The VideoMic NTG has a built-in rechargeable battery which is good for up to around 30 hours, and you can charge it whilst it’s in use too. But it also detects when your camera switches on and off, so it stops wasting battery, unlike the Rode VideoMic Pro which I often forget to switch off, which has cost me a fair bit in batteries over the years.

Those 2 features alone have cost me probably around £50 in the last couple of months so I thought it was about time I fix the actual problem, instead of patching over it - kinda like the car that starts costing you more money each year so you decide it’s time to be replaced!

Other cool features are that it has an adjustable volume knob on the back here, rather than the +20 or -20db switches on the Pro.

A really cool feature is that it can record a safety channel, so if you are recording and the levels peak, you have a second channel that’s recording at a lower volume, which you can use to recover any distorted audio.

You can also plug the mic directly into your computer via the USB charging port and immediately upgrade the quality of your mic for video calls or voiceovers, and there’s even a headphone port on the side that you can use to monitor your audio.

So what do you think? Does it sound any different? Any better?

I don’t actually know yet since I’ll only find out when editing this so I’ll say right now if I think it’s any better!

I’m not actually expecting it to sound any different, but I bought this because of those 2 features. Rechargeable battery that switches on and off with the camera, and the smart TRS / TRRS connection.

If you are also having that mass debate that I was having, about replacing your Rode VideoMic Pro with the Rode VideoMic NTG, then I hope this helped!

Thanks for reading. If you're not already subscribed to my YouTube channel, make sure you head over and do that for more videos around tech, business, and finance.