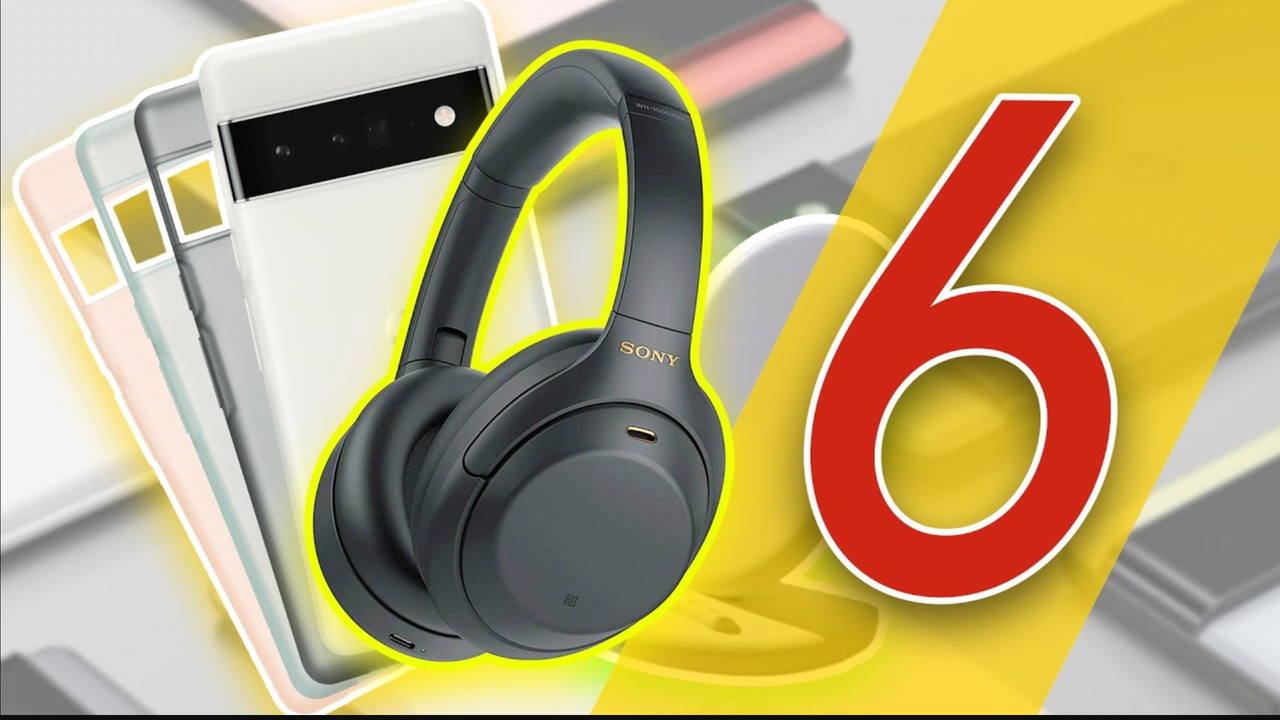 Hey, my name is Pete, and today we're looking at the best accessories for your Pixel 6 or Pixel 6 Pro. From cases to chargers, to battery packs and I'll be sure to link to everything in this post down below - but if you have an accessory that I haven't covered and you want me to review, then head down to the comments and let me know - and maybe I'll check that out for the next one.

First up, let's talk Cases. Because I don't know about you, but I'm really not a fan of the official Google cases. They just kinda seemed like a condom for your phone?

But there are 2 cases that I really dig and for me have stood the test of time on lots of my previous phones.

The first is from Spigen, and they have a huge range but my go-to's are the Liquid Air, which gives you some good protection. But also the Thin Fit case, and I think I'm going to be sticking with this one because I'm not normally the type of person who drops my phone. It's more the day-to-day scratches from just being in my pockets that I want to protect from. Both of these cases are really affordable and unless you want some serious drop protection. They'll do a great job.

The other option is the Mous case. I've used these cases on my phones for the last few years and they are really indestructible. Now they're not available yet for the Pixel 6 range, it says they're arriving in January. But definitely check those out if you can as those do look tougher and in my opinion, a lot nicer than the OEM Google ones.

The last option, for those of you who are perhaps switching from an iPhone 12 - is the Moment Cases. The Moment Cases actually have their own version of Magsafe, basically magnets put in the same place, which allow you to use all of the Apple magsafe accessories like the wallet, but even the official Magsafe Charger which is kind of a lawsuit waiting to happen, perhaps. However, I thought that might be useful to those Ex-Apple users like me.

Next up we have charging. Like most phones now, the Pixel 6 only comes with a cable, but no charging brick.

Now you of course have the Official 30W Charger from Google for £25, but you can't buy it yet. But I would definitely say that you should just get the Anker Nano wall charger. It's TINY. And it delivers the same 30W of power as Google's charger. AND you can buy it today.

For Wireless charging - there is a new Pixel 6 fast Charging stand coming soon, but right now it's not available either BUT it will charge faster than other third-party chargers. So I would personally wait for the official charger if you can otherwise check out the options from Samsung or Spigen with their 15w chargers. But just remember they won't charge as fast as the official Google one when that comes out.

Portable chargers, Anker has their PowerCore III Elite which has a 25,600 mAh battery and charges at speeds of up to 87W. This should have enough juice to charge your Pixel 6 Pro about 5 times from totally empty to full.

Lastly, if you are looking to power your phone in your car, once again Anker comes in with their 36w PowerDrive III Duo. This will provide up to 36w of power whilst driving. This isn't sponsored by Anker, and Anker if you're reading - I would love to work with you, but they do genuinely have some great products.

Audio now, and most people buying the Pixel 6 or 6 Pro will have received either a set of Pixel Buds or here in the UK, the Bose 700 headphones. I think we get a great deal as the Bose headphones are worth around $350 vs the cheaper Pixel Buds.

If you aren't already tied to the headphones that came with your phone, then I'd highly recommend checking out the Sony XM4's, as they by far have the best noise cancellation that I've come across. They sound full, you can tweak the sound to how you like it, and the Sony App which lets you control how much comes through, and how they automatically pause when speaking as well as a whole host of other features, just work really well.

I also have the over-ear version of the XM4's and they're more comfortable for longer journeys, so perhaps if the in-ear XM4's don't stay in your ears for any reason, then give those a try as well.

One more now - is the watch. If you have just got your Pixel 6, and now wondering what to put on your wrist to replace maybe your Apple watch if you've just switched, then the best buy right now is the Galaxy Watch 4, which I'm seriously impressed by.

But they're definitely on par now with the Apple watch, in my opinion, even the Series 7. I had to send my Watch 4 back but I'm basically waiting for the Google Pixel Watch to be released, hopefully in the next few months so I'll re-buy the Samsung Watch 4, plus the Pixel Watch, and compare them all with the Apple Watch Series 7, so if you want to see that then make sure to subscribe to the channel.

Links are in the description for everything I've just mentioned, and there are of course way more accessories that I should perhaps be considering - so let me know in the comments below if you want me to check something else out - otherwise thanks for watching - next up, go and watch this video which I think you'll like, otherwise see you soon. Cheers!