Upgrading to a Dell U4919DW 49" Ultrawide Monitor for my 15" Macbook Pro: First Impressions 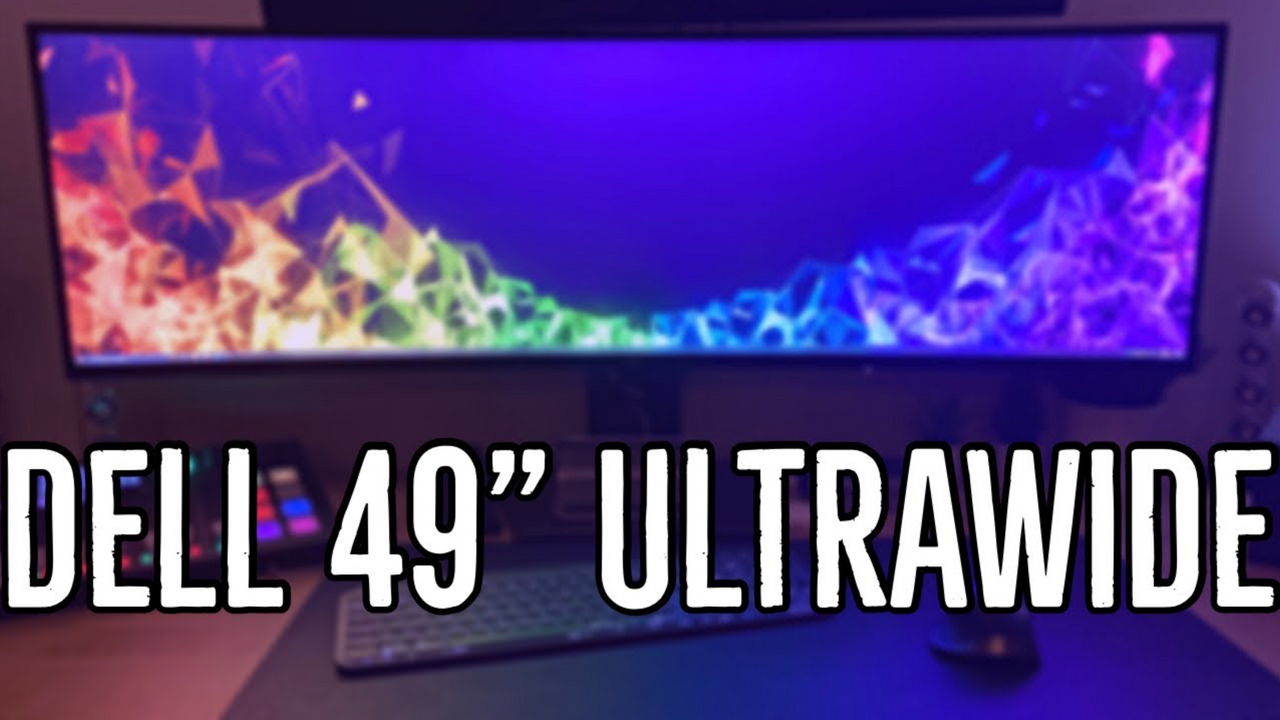 Hey friends, welcome back. Before we get started I just wanted to say a massive thank you to everybody who has connected with me recently - We've just hit 14k subscribers on the YouTube channel which is just incredible - So thank you. And if you aren't already, maybe head over and subscribe?

I have been using this Dell 49" Ultrawide for the last year.

But today I'm getting an upgrade... 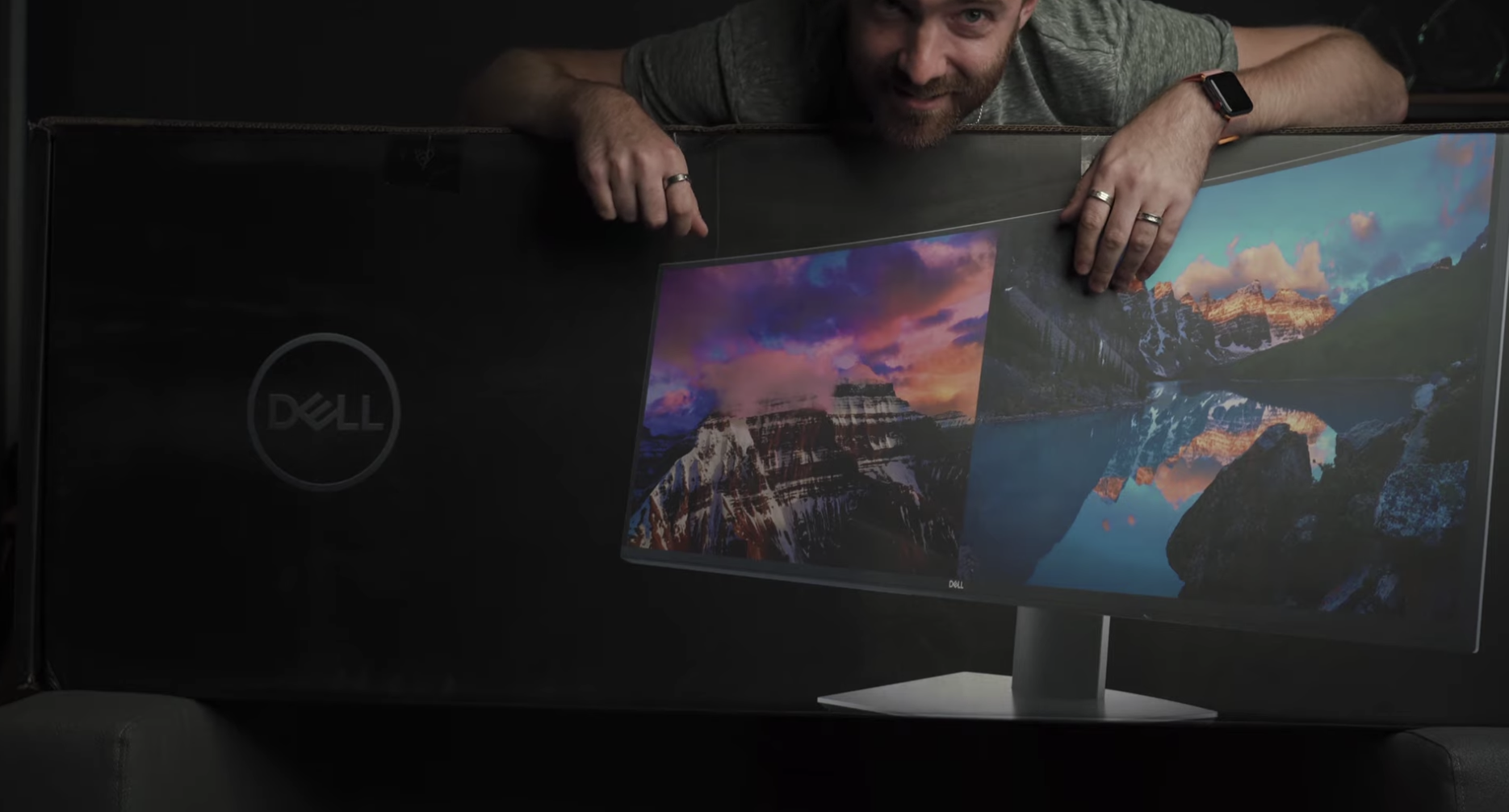 What, how, why, How can you upgrade an already monstrous 49" Dell Curved, Ultrawide, USB-C Display? 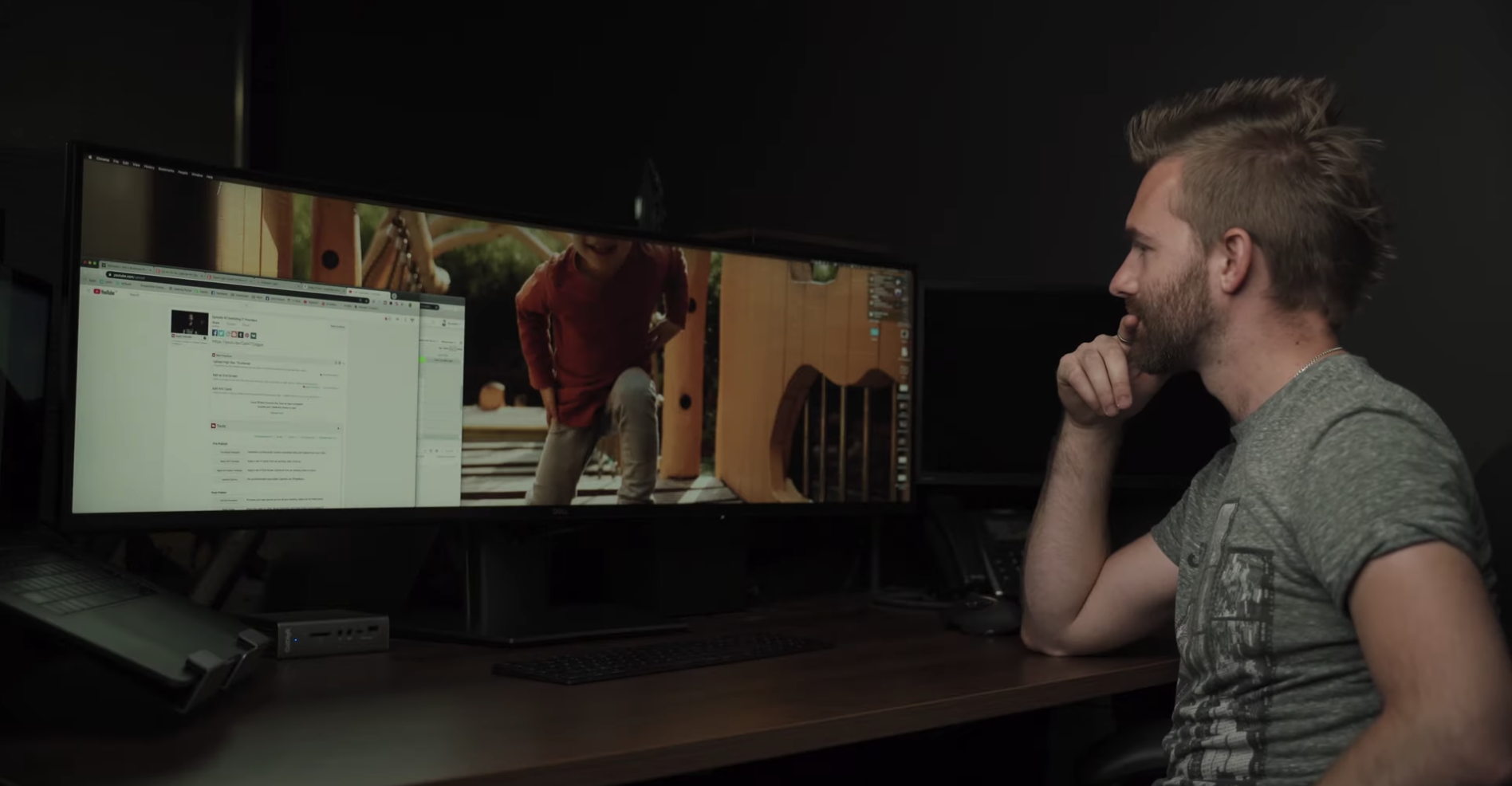 BUT there are some noticeable differences.

Firstly, the Samsung has a 1000R curve which basically means that this screen will wrap around you at a bigger angle than the slightly flatter Dell.

For the non-geeks around us, the higher the number then the faster the panel can run. You likely won't notice it on day to day desktop - but since selling my business, I've been getting back into PC Gaming somewhat and reclaiming some of my social life. If I understand correctly, playing games on a 240Hz monitor will be insanely amazing compared to a 60Hz screen.

Lastly one of the big spec changes when comparing this to the Dell, is that this screen does NOT have USB-C, unfortunately. So this means that you cannot dock a Macbook with a single cable to both charge and use the screen.

BUT, I've been using a Caldigit dock for many years now, and from this dock, I charge my Macbook, and the dock is then wired into the screen, other USB devices, speakers, and so forth. So whilst I would have preferred to have USB C Included, to gain a better curve and higher refresh rate - I'm willing to sacrifice USB-C.

This monitor was actually released in 2019, and loads of tech reviewers reviewed this on their YouTube channels already.

But what happened when the product went on sale, was an onslaught of posts online from unhappy buyers - all saying that they had issues. Light bleed issues, plastic coming away from the glass, and flickering issues when enabling a window feature called G-Sync.

So it looks like Samsung pulled the product, as it's been unavailable for quite some time, and when I looked at Amazon it was showing this as a Pre-Order item. So I think I have one of the first deliveries of what I hope to be the 'fixed' models - we'll see. Also a note, that Amazon seemed to have this screen for around £80 cheaper than anywhere else, so I'll here's the link for that.

The best way to see my first impressions and to actually see this thing up and running is to head over to my YouTube channel and watched the video review for this post. See you there!